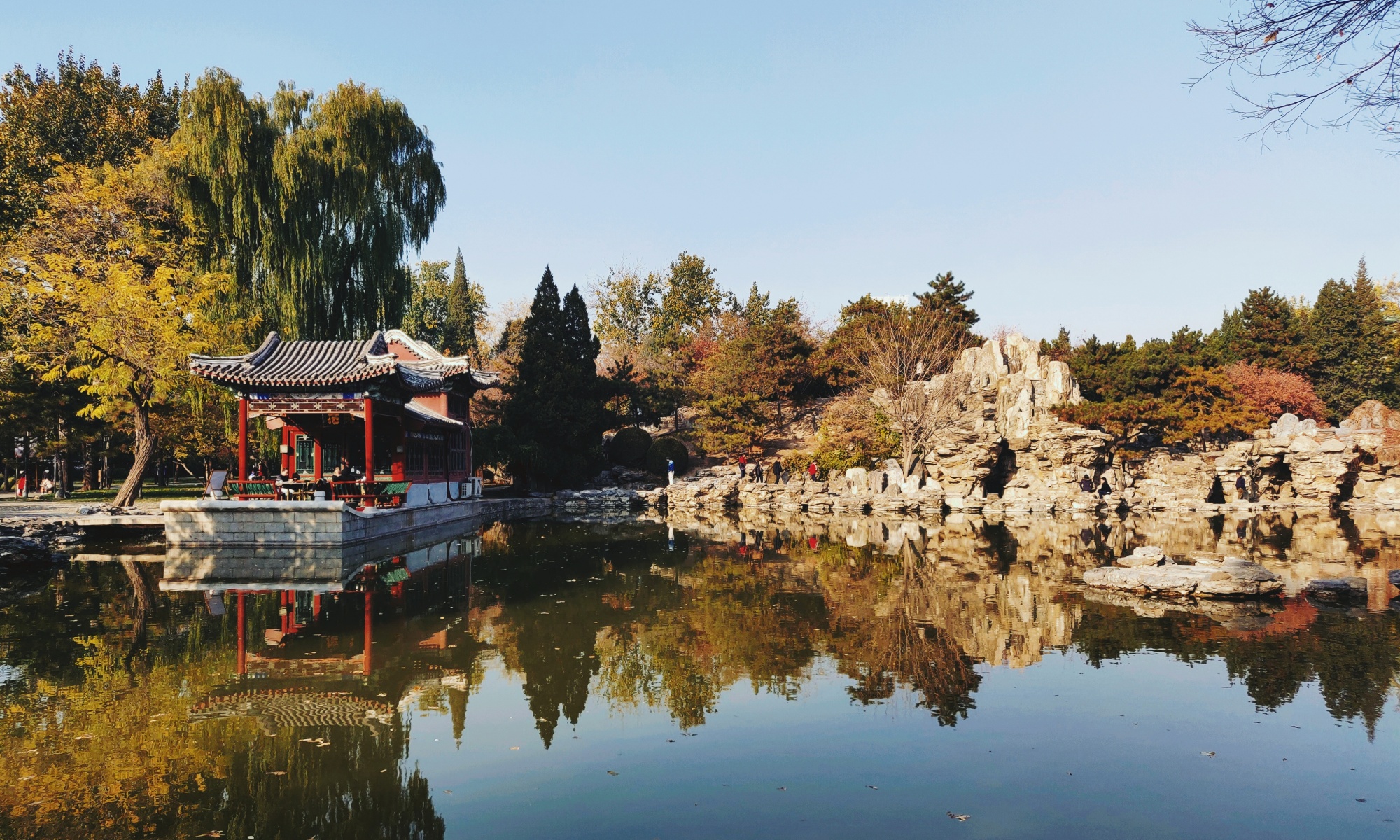 Last weekend I went to Shanghai for the first time (it’s about an hour away on the train) and I felt like one of those expats. Well, more accurately, I finally saw myself as one of those expats, which I’ve really been the whole time I’ve lived in Hangzhou. 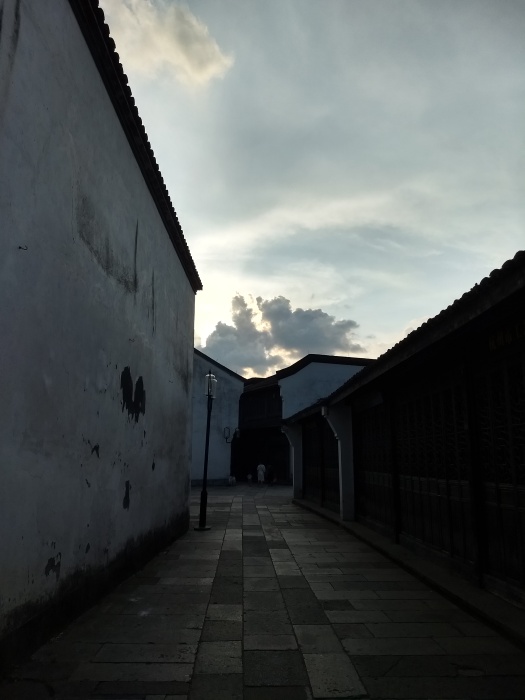 Living in China is really, really different from being an American* living in Europe. White Americans blend in Europe. In Poland, no one looked at me twice until I opened my mouth and very loud, nasal-y English spilled out instead of Polish. Spain is the same for the most part. (Spanish people often told me I look German, but that didn’t change anyone’s interaction with me, and I certainly was not exotic with my light hair and even lighter skin. There are lots of fair people in Spain.) In China, foreigners stand out. Maybe not in cities like Beijing and Shanghai (which is what we’re getting to), but in Hangzhou we do. We sort of do a nod, when we see another foreigner, like, Hey, I see you. We’re in this together.

But more than simply standing out, Chinese culture is so much more different from American culture than European culture is. One example: food. My cultural expectations around food are all European: the types of food we eat, the way we prepare it, the style of restaurants. Europe and the US are pretty much the same. Even though I’ve had many types of Chinese food in California, much of it prepared and eaten by Chinese people, it is not the same as going to China and trying to decide how what you want to eat. I’ve shopped at Asian markets when I wanted a particular product, but if I’m just cooking a quotidian meal, olive oil or fresh dairy would probably be a key ingredient. You can both of these in China but it’s expensive, and the quality is questionable.

So as I was saying. Last weekend in Shanghai. It became painfully obvious how much I am That Foreigner. You know, the one who moves abroad only to recreate their home experience in their new country. The whole weekend, I hung out with other Americans, Canadians and Brits. (We sort of planned the whole trip together, so it’s to be expected, but still.) We went to western bars the whole time. The only Chinese people we talked to were taxi drivers, with me using the little Chinese I know to ask how much the taxi ride costs. (So far I can tell people that I’m American, ask how much something costs, and order something that comes in a glass.) I definitely didn’t eat any Chinese food.

We didn’t go with the expectations of doing a lot of sightseeing, since we live so close and we plan to come back often, but the amount of times I looked around to see non-Chinese faces still astounded me. At one point, we went into Burger King (the birthday boy wanted a Whopper, which they didn’t have, they only had chicken sandwiches, I know, weird, right?), and I ended up talking to this Chilean family for 15 minutes. On Saturday night we were in a complex of Western restaurants and bars, and we met an Asian couple, only they turned out to be from Hong Kong, not mainland China.

If you’re willing to spend the money, it’s easy to forget you’re in China and instead drink lattes in hipster cafes and eat Mexican food and make grilled cheese like you would back home. But I want to be in China, not back home.

*Yes, I know that everyone from both American continents can be considered ‘American’, but you know who I mean in this context. Don’t @ me.

4 Replies to “Trying not to be That Foreigner in China”

I got an extra two weeks in Vietnam (this photo was taken the day I was supposed to go back to China), and then another week in Bangkok. Then I came back to China knowing that school probably wouldn't start soon but worrying they would stop paying me if I didn't 💴 So I came back to China, was hospitalized cause I had persistent flu symptoms, got tested three times for COVID-19, all negative, and still have three days left in quarantine because I flew in from a country with more than 50 cases 😷 Now I have spent about two weeks indoors, moving pretty much only from couch to bed and watching far too much Law & Order SVU (the only police procedural I will watch because fuck tha police but I love Olivia Benson) and wondering how I missed this Peter Scanavino guy 😍 So make sure y'all are washing your hands, stay safe out there ✌
Da Lat is so different from the picture I had of Vietnam in my head--nestled up in the highlands, it is much more temperate than the heat and humidity of the coast, full of waterfalls and coffee plantations instead of rice paddies. Also, there is no air conditioning or stop lights in Da Lat! 🚦 (They are also missing one more thing but our tour guide forgot to tell us what it was before the end of the tour.) . . . . #dalantawaterfall #dalatcity #vietnam #visitvietnam #explorevietnam
First stop out of Ho Chi Minh City was Mui Ne, a beach town full of mostly Russians and Koreans. This little stretch of beach was so nice yet it was never full, and no one got on our case about using the beach loungers. Anyway, Vietnam continues to delight, check out the stories for our adventures up here in the highlands of Da Lat. . . . . #sunset_pics #sunsetporn #nofilter #vietnam #travelvietnam #explorevietnam
Things I love about this picture: a) you can barely see the scars and deformities on my right leg, in fact if I hadn't mentioned it no one would probably ever notice b) I look way paler than I thought I did despite being outdoors for almost 3 weeks non-stop, just a little reminder for me not to get ahead of myself c) for some reason I had something to say about it even though I have absolutely BEAUTIFUL pictures from New Zealand, this is the first thing I've felt like posting since I started this holiday. 🏖 I am currently in exile in Vietnam, unable to go back to China indefinitely. I guess there are worse places to be exiled. Still miss my couch and my washing machine though. Hope I turned off the gas in my apt!! (I definitely did.) 🏖 #holidayexile #pandemicvacay #vietnam #explorevietnam
"Compassion turns a lake of shit into the open ocean. Forgiving yourself, every day, every minute, every second, builds you a seaworthy boat. You can have everything you want. Believe that, because it’s true. Your fate is far from sealed. But you cannot build this boat out of dollar bills or love or status or rage or blame. You will sink. You have to build it out of forgiveness. You have to build it out of love for yourself and everyone else in the world. They are much more like you than you think they are. They need love just as much as you do, too, even when they look like they have more love than they can stand. We all need more love, every minute. Believe that. That’s the heaven inside of us talking. Heaven wants us to look past this scary, sordid hour and recognize the divine in each other’s eyes." -@heatherhav writing for last week's Ask Polly in @thecut 🌥 I was thinking about this column all week, about how I can be that person I want to be, who is as compassionate with herself as she is with others, who remembers that we are all little ants striving to find a little love on this great big rock, that we can create a world that is more just only when we have compassion and love for one another (I've also been watching @nbcthegoodplace obsessively, can you tell?) ❤ I hope you all have a great week, I'm trying to take time to see the divine, I guess that's my goal for 2020 🙌💗
I wish I could say I love doing snow activities but I take pictures for like five minutes then I get cold 🌨❄ #cedarcityutah #cedarcreek #utahphotography #utahgram #igersutah #snow❄ #snowday #girlswhotravel #passionpassport