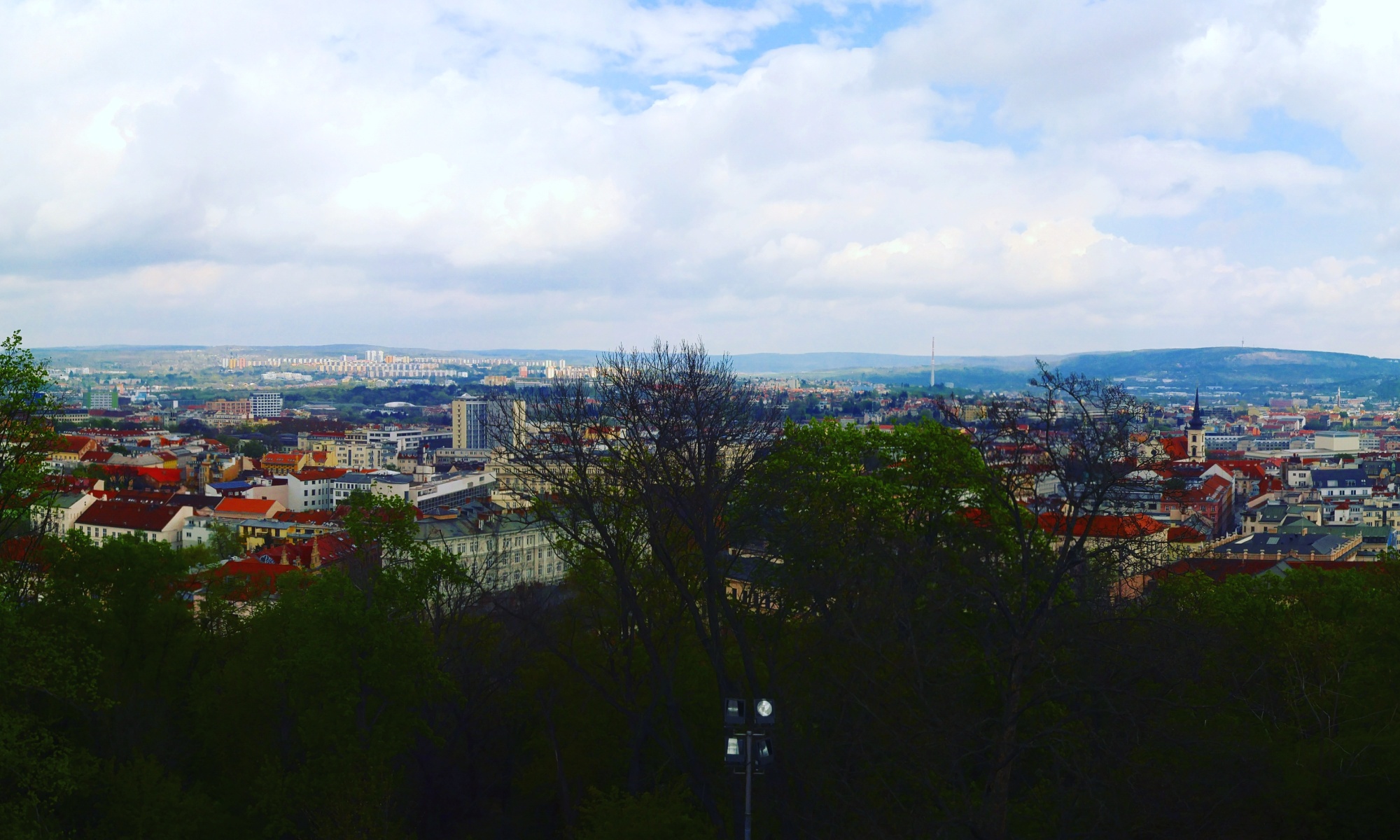 The problem with traveling through Central Europe over Easter is that eventually you will be stuck somewhere on Easter Monday, where almost everything is closed and there is not much to do. We we in Brno. While it is the second largest city in the Czech Republic, it is not nearly as touristy as Prague and almost everything except a few cafes and pubs are closed.

Laura and I got to Brno the day before, with just enough time to enjoy the Easter market before it closed up, eating trdelník and drinking warm honey wine in the unseasonably cold weather.

While there wasn’t much to do on Monday morning, we walked around (Brno city center is worth viewing in its own right) and walked into a church because why not, Laura is Bad Catholic™ and should probably go to church more often anyway. (Laura explained to me that part of being Catholic is being a Bad Catholic™ so that you have something to talk about at confession, but I was raised Jewish and the only thing we’re taught is not to disappoint is our grandmothers so what do I know.)

As mass ended, I saw all these people carrying branches with colored string tied to them, and I whispered to Laura how those are the branches boys are supposed to whip girls with, after throwing water on them, of course. This was an Easter Monday tradition I had heard about from all my Polish co-workers but never experienced, because last year I was in Barcelona over Easter and Spaniards are able to talk to people of the opposite sex without dousing them in water and hitting them with sticks.

Little did I know that they don’t bring the branches to church just to hit the girls that they like. (I maintain this whole Easter Monday tradition is a strange mating ritual, because most Polish guys are very bad at flirting and maybe don’t know how else to tell girls they are romantically interested in them other than syncretized pagan traditions? This is not a diss to Polish guys, I swear. They are very nice but very shy. But anyway.) So yeah, they don’t just bring the branches to hit girls they like. They all have branches: the altar boys, the priests, a bunch of other dudes. And they hit all women on the legs as they walk out of mass.

After our unexpected-but-let’s-be-honest-probably-much-deserved flagellation, we went to the train station to meet Casey, our friend from high school (actually, Laura went to elementary school with her too) who lives in Vienna. We climbed up a hill to see the view from the Špilberk Castle, since everything else was closed and we had just bought another trdelník and needed to make a caloric deficit since I could still feel all the heavy food we ate in Hungary.

After spending a good hour detailing the ups and downs of living in Europe (hopefully we can persuade Laura to move here!), we headed to a cafe to continue being loud, loquacious Americans which was quite lucky as it started to hail about thirty minutes after we sat down. Since there was no hope of doing anything for the rest of the day, we settled on day drinking. We drank some white Russians, then went to another bar and drank some Czech beer, our effusiveness growing with each beverage. We posted a picture to our high school’s class of 2007 reunion page, where no one has noticed that I did not graduate in that class (I am a year younger). Hopefully the people we hated in high school will be super jealous we’re over here in Europe, looking cute, living our best lives, and getting whacked with willow branches by priests and altar boys.

7 Replies to “Getting whipped in Brno”