Three weeks ago, my friend Gabi suggested an impromptu trip to Paris for the weekend. It’s the middle of January, so tickets are cheap and I decided to live in the moment. I almost forgot when we planned the trip, but this past weekend was Cheeto Mussolini’s inauguration and the subsequent counter Women’s March. So Gabi and I, being the hardcore intersectional feminists that we are, joined the Paris chapter of the march. (Some people romanticize Paris’s chic cafes and boutiques and beautiful buildings; I romanticize the Parisian radical left. To each her own.)

It was a beautiful event. In some ways it was invigorating, seeing so many people out in the cold, coming together to declare that our rights matter, that we will not let a demagogue exploit people’s fears to enrich himself, not without a fight. 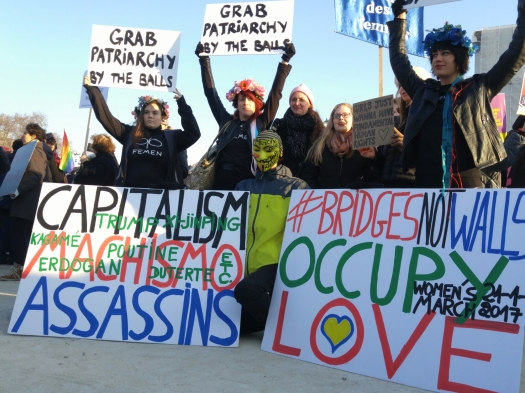 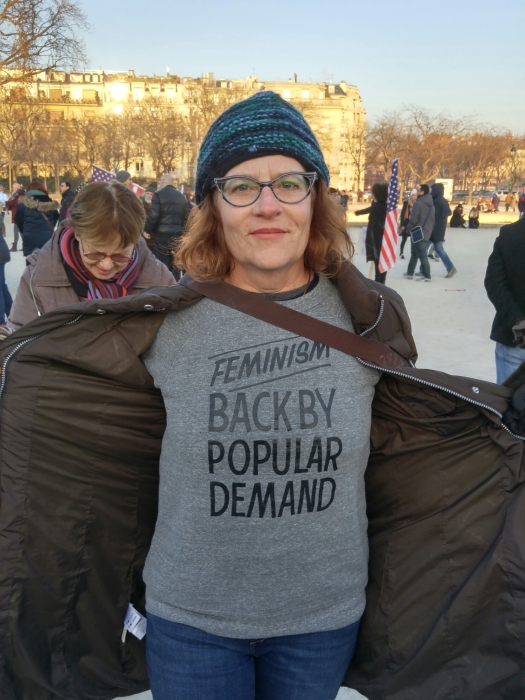 But it was also disheartening. Especially for Gabi, a woman of color, whose fight is so much harder than my own. “Why do we still have to do this?” she broke down while talking to a guy who asked her to speak on film. It does feel futile, like when people lined the streets of Wrocław during the Czarny Monday protests. After these protests, the government backed down from their plan to severely restrict Poland’s already restrictive abortion laws, only to go back to the drawing board to try and sneak the same laws through a different way. What’s the point in thousands of women in Poland staging a nation-wide strike if the government is going to do whatever they want, against our express wishes? It was great to see all the support and solidarity across the world, but why do we still have to fight for our basic reproductive rights? For our basic respect as women? It’s exhausting.

After the march had all but dissipated and our toes started to get cold, we stopped by a cafe for a drink. (Luckily it was happy hour, super strong cocktails for only €6! Best way to drown your sorrows!) A lot of the women in the bar had been at the march, and we struck up a conversation with some older French women. They, or their mothers, had been involved in the student movement in 1968. We asked them how they felt about our generation, how they continued to fight even though they’ve already been doing this for years.

So why do we have to keep doing this? Why, when so many before us dedicated their lives to these causes, are we still here fighting against the tides of racism, sexism, fascism, repeating the same refrains we’ve heard a million times?

I do it because I have to believe it’s worth it. That our lives are valuable, despite a capitalist, white supremacist, patriarchal system that thinks otherwise. That everyone deserves to live with dignity and freedom from violence, from fear, from want. That our existence is important and that our resistance will lead somewhere. I do it because no one ever gave up power because you asked nicely. There’s a lot at stake, and as I always teach  my students, nothing worth having ever comes easy. 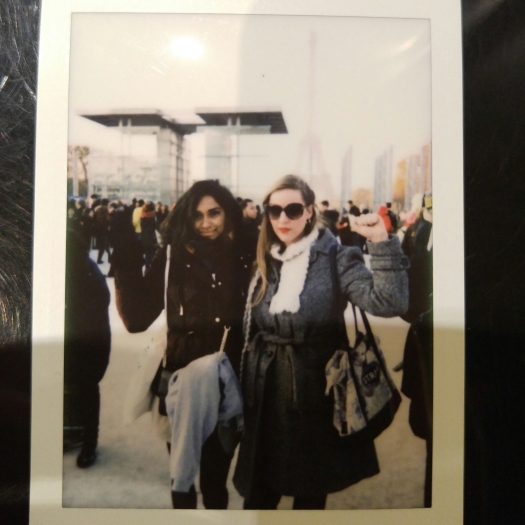 10 Replies to “Respect our existence or expect our resistance”