Prague is great. Prague is beautiful. But Prague is crowded. I don’t know about you, but I like to have my space and not feel like I could get trampled in a sea of tourists and segways should an emergency arise. (Although let’s be honest, I am fierce and unafraid to push people out of my way, and some tourists are really slow-moving, so I’d probably be the one doing the trampling. But I digress.) When you’re sick of everyone else in Prague also being amazed at how amazing Prague is, never fear, there are places you can go where sidewalk space is ample and pickpockets are few.

Žižkov is the cool, trendy neighborhood in Prague. People compare it to Brooklyn, but like, ughhh,can we all agree that comparing a cool, trendy neighborhood to Brooklyn is so passé at this point? Brooklyn is played out, and everyone understands the words “cool” or “trendy” or “gentrified”, so why are we still using it as the gold metaphorical standard for describing hip places? I propose from this moment on, we stop. Let people figure it out on their own. Anyway.

Just head east of Old Town, past the train tracks, and find this great neighborhood full of cute shops, restaurants, and cafes with good prices and fewer people. Some great places to check out:

The Žižkov television tower is a two-fold attraction: you have the creepy, crawling David Cerny baby sculptures crawling up the outside, fulfilling my penchant for weird public art. Then you can also take the elevator to the viewing deck (200 kr) for spectacular views of the city. Go for sunset (if it’s not cloudy) and watch the lights of the city flicker on. It’s relatively uncrowded, so you can hang out on the viewing deck for as long as you like. 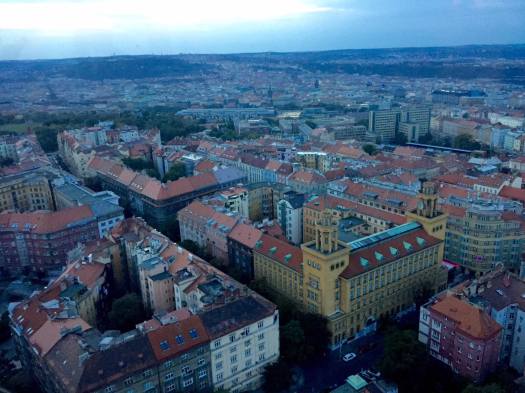 This cafe had the best mid-century mid decor. I was dying with how cute it was. Add good food, good coffee, and a large drink selection (hot, cold, alcoholic and all) and you have a place that makes me want to move to Prague impulsively. 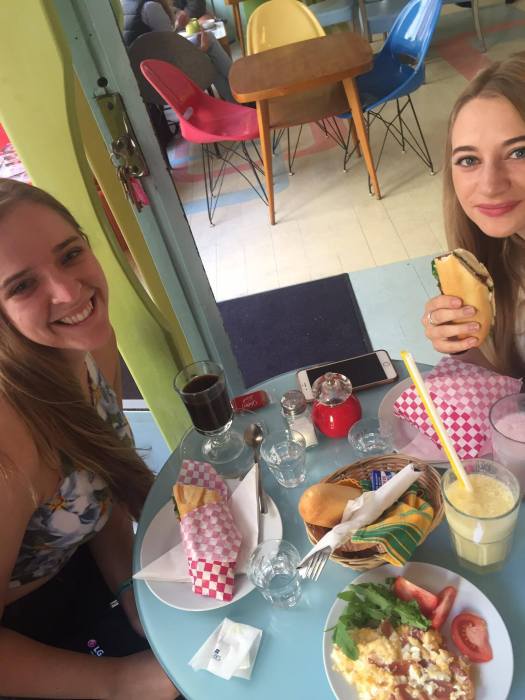 Kostel Nejsvětějšího Srdce Páně (Church of the Most Sacred Heart)

Two blocks from the TV tower, this church is surrounding by a small park where there’s a lovely farmer’s market and tons of cute cafes, like Le Caveau Cukrárna, kavárna, čajovna (coffee, pasties, and wine bar), Las Adelitas (Mexican restaurant) and Burrito Loco (24-hour Mexican fast food). (Yes, I eat a lot of Mexican food in Prague because there is a conspicuous lack of good Mexican food in Wrocław.)

Prague is a great place for vintage clothes. Prague’s vintage shops have great selections of funky clothes, sunglasses, and jewelry. One such shop, Bohemian Retro (Chvalova 8), is a block from the TV tower. Some other shops on quiet side streets in the castle district: Antique Ahasver at Prokopská 3, with some other nearby boutiques that aren’t even listed on Google yet. This is by no means an exhaustive list, as if you wander around Mala Strana (the Castle District) and Žižkov you will definitely find more.

Also in Mala Strana, this place is rather hard to find and it’s entrance is inconspicuous, so there aren’t too many people here. I actually stumbled upon it by accident my first time in Prague, trying to find a way up the hill to the castle. You’d think it wouldn’t be hard to find the way up the hill to the castle as its literally swarming with people, but this was before I learned that Google Maps works without Wi-Fi or data.

Anyway, this garden is right behind the Czech Senate, and it has cool sculptures, a weird beehive-looking wall/stalactite/sculpture/thing, and a great view of Prague Castle. See below, in the extremely awkward photo my old roommate took of me, where apparently she can’t hold the camera straight:

I am not a fan of Charles Bridge during the day. It is so packed that it’s almost impossible to move. Not even the New Orleans style jazz band can sway me. But at night? It’s magical. 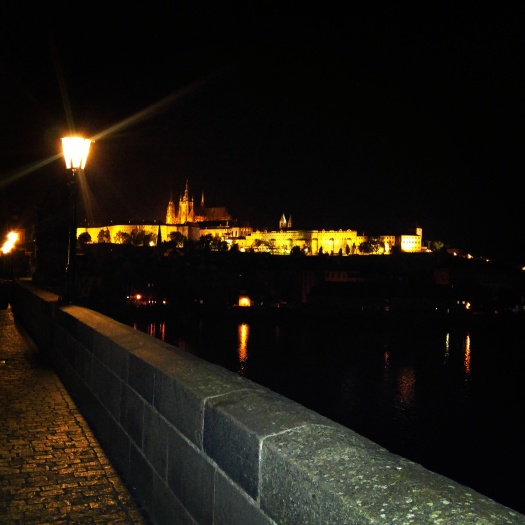 It’s even better when you’re drunk (that annoying, 5-story night club is actually right next to it) and have a fried cheese sandwich to munch on while you contemplate how amazingly freakin’ beautiful the city of Prague is, especially with no one to get in the way of your Instagram photos.

9 Replies to “Finding the quiet places in Prague”